How to Tell Your Friends & Family You’re a Writer

A new blog post by me now up at Tethered by Letters. I’ve included it below. 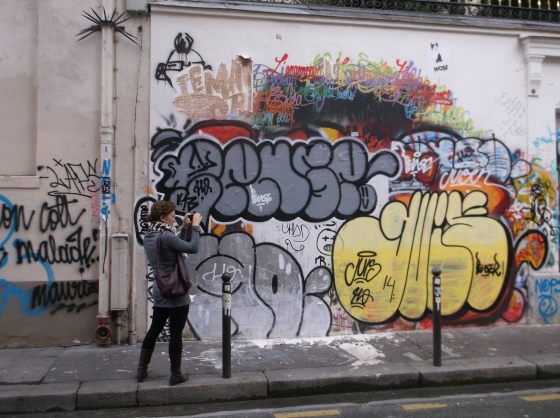 How to Tell Your Friends and Family You’re a Writer: In Four Not-So-Easy Steps

Your mother may be prepared for the day you become a doctor. A lawyer. A plumber. She may even understand if you decide to go into IT. Your father might have known all along that you’d be a writer. What he likely doesn’t understand is what, exactly, that entails: long hours in dumpy coffee houses, awkward scribbles on paper napkins at family picnics, small talk with strangers about philosophy. (These are all, by the way, in the official job description.)

Fortunately for me, four years ago, I married a man who understood all of this. He encouraged me to quit my job (which I, albeit reluctantly, did) to pursue my passion. To this day, he supports our family financially. He offers thoughtful edits when I ask for them, and he doesn’t when I don’t.

Despite all of this, he and I both fall into one of the most common literary traps. Last week, I overheard his phone conversation with a colleague: “Christine? Yeah, she’s doing great. No, she’s not working. She does a lot of writing on her own, though. But, no, not for a company or anything. She reports to herself.” His last line a sort of subconscious guilt-laden recovery.

Here’s one of my most recent: “Me? Actually, I’m an author. A writer. No, not books. Um, well, short fiction? Not in an office, no. From home. Right.” And with each response, my face grows more red. My voice more full of air. And then, A visit? Next week? Can I show you around Amsterdam, because, well, you’ve never been to Europe, and you really would like an in-depth week-long tour? “Of course. I make my own schedule. I’m not doing anything.”

The problem here may seem like a confidence issue. And it might be. In just one day, I received six submission rejections, a notice to pay the renewal for my website, and an email from a friend wondering why, since I was unemployed, I didn’t have more time for her. So sure, maybe I lack a little bit of confidence.

But last week, Lincoln Michel of the online non-profit Electric Literature gave me a little boost. He penned an article titled If Strangers Talked to Everybody like They Talk to Writers. It is, frankly, hilarious. And like most good humor, it’s good because it’s true. And like most things that are true, they give you that little bump. They roust out of bed that end-of-week energy and make you try a little harder. So here they are:

1. Remember that the title is not about the money.

3. Know more about your career than anyone else.